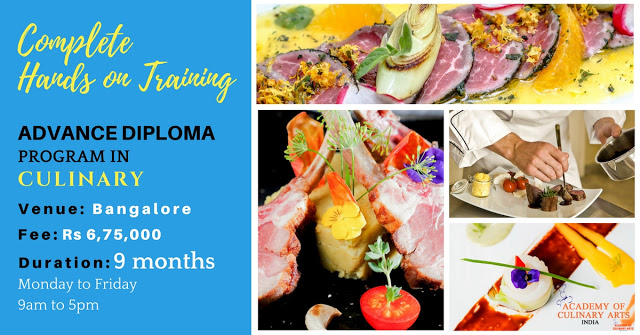 Culinary schools are something which many modern Indians think is a new concept, but the fact of the matter is that India, always had a rich culture of Khansamas. These khansamas were people who though illiterate could cook some awesome food. Nowadays, in the modern times, there are various culinary schools which teach the students everything related to cooking.Best professional culinary schools in India, cater to the needs of the middle and upper middle class people. These schools teach the students every aspect of culinary art. These schools are often visited by international chefs.

Professional culinary course in Bangalore , for instance caters to the needs of the masses as well as the clases. They teach the students the alpha and omega of cooking.