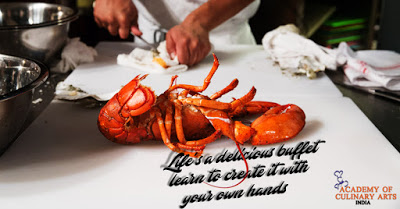 It’s the battle of the sexes again. But, the playground is the kitchen this time. So, the age old question…who’s the better cook? Men or the fairer gender? Let’s have a closer look….
Early men were supposed to be hunters, womenfolk took care of the household and the children and this is what the history books reveal. Kitchen and cooking have predominantly been a woman’s domain. Many historians believe that the food and cuisines that we eat in the modern times, have to a great extent been structured and designed by women. However, the same history books also reveal that in countries like India, there used to be tradition of bawarchi or khansamas who were exclusively males.
In the modern era, if one has a closer look at all the major restaurants and hotels, then one can see that they have men as the chefs and cooks. One has to admit, men who know to cook are indeed, very good in their job. However, women too are known to be good administer of the kitchen and cook really good. After all, we all crave for ‘Maa ke haath ka khana’.

Nowadays, unlike the earlier times there are professional culinary colleges in India where can learn all the technique of cooking from the best faculty. These culinary institutes have chefs who are a master in their craft. These institutes offer courses which are taught practically so that the students learn everything by complete hands on process thereby increasing their dexterity.

Culinary Academy of India is one such academy wherin one gets to learn everything related to cooking truly well. In other words they get to learn right from the basics to the sophisticated level of cooking.

The Academy of Culinary Arts is another of such institutes where one can learn all the parameters of cooking by complete hands on training by chefs who are acquainted with the latest technique of cooking.
Culinary courses in India are not expensive as one may assume and cater to the needs of the masses as well as the classes. The courses are available as short term as well as long term courses. Both men and women can avail the benefits of these courses.

So, the final verdict …..men and women both are at par here, on the kitchen battlefield, that is. And if either of genders believe that they are bad at cooking and need to brush up their schools, then these culinary schools are something they can look up to!