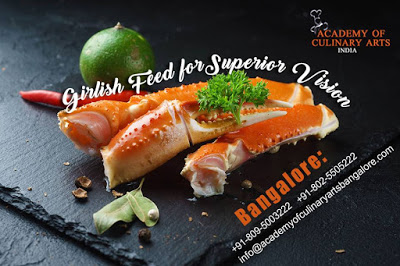 Culinary schools are a new concept in India. Culinary, according to many people is a new phenomenon . But, the fact of the matter is that our country that is India, always had the rich tradition of khansamas who were cooks in the rich families and could cook some amazing food.The royal cooks or the khansamas were these people who were capable of making some delicious food. The khansamas were thoroughly home bred and illiterate in nature, but still when it came to cooking they could cook some amazing food.
In the present times, there are many culinary schools where the latest techniques of cooking are taught along with the old world cooking traditions.

The culinary schools today, cater to the needs of the masses as well as those belonging to the upper middle class people. The culinary schools in Bangalore, for instance , are such that they cater to the needs of the general population. These schools are often visited by chefs who are a master in the craft of cooking and culinary arts. The chefs can cook food according to latest techniques and using the state of the art technology. The enrollees are taught by the teachers who use old world and new world knowledge to update the people with the latest methods of cooking.

Top culinary schools in India, are such that people can learn all the tricks of the trade here. Here the enrollees can choose from courses of different duration. The courses are available from short term to long term duration.

The Academy of Culinary Arts is amongst one of the top culinary colleges in Bangalore where everything is taught completely by hand that is by practical process and this helps in increasing the dexterity of hands of the pupils and their technical aspect in cooking.