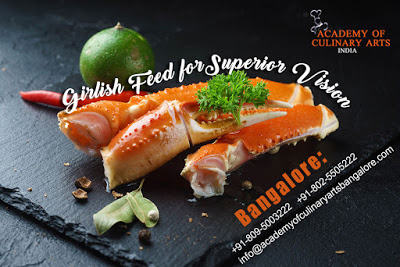 India is a big country and it would not be wrong to say it is primarily a world within a country. Its home to several cultures, sub-cultures and a colourful amalgamation of several philosophical views, religions, languages and cuisines. On the topic of food, let’s come to the great Indian divide. Of course, the North-South divide.
North India is proud of their wheat breads such as naan, roti etc. whereas South India seems particularly fond of their rice based products such as dosa, idli, appam, etc. So who scores? Well, on the subject of food let’s do a quick swot up on north and south cuisines and see what each culture has to offer.

North cuisines, as aforesaid is primarily wheat based. Unlike their south Indian counterparts, they do like their rice, but this is not a part of their daily carb, it’s more of a delicacy. In the South parboiled rice is part of daily routine whereas in the North, Basmati rice made as Pulao or Biryani is more favored. If one joins the best professional culinary courses in Chennai, one gets to learn various South Indian as well as cuisines from around the world.

North India as we all know was one place which was particularly invaded by central Asian forces and this affected their cuisine as well as culture. When it comes to Non-Vegetarian, North Indian food comprises of butter chicken, rogan josh, kebabs etc. As said most of North Indian Non-Vegetarian food, is tandoor based. Whereas most of South India is Vegetarian, though seafood is quite popular in coastal regions. Since North India is landlocked, its fresh water fish which rules the roost.

In the National Capital, the best professional culinary schools in Delhi teach the students the alpha and omega of cooking, and everything from a north to south to eastern to western platters. There are many cooking institutes in Kolkata too, which have the best faculty and just like their northern and southern counterparts specialise in giving tutorials and certificate courses in different cuisines.

The professional culinary courses in Kolkata, offered by these institutes cater to the needs of the middle and upper middle class people. One needs to mention the name of Academy of Culinary Arts in Bangalore, which trains its enrollees a north, south and number other platters. This Academy definitely, proves we Indians love food, maybe it’s a North, South, East, or West, platters. When its comes to love for food, there’s no beating us!